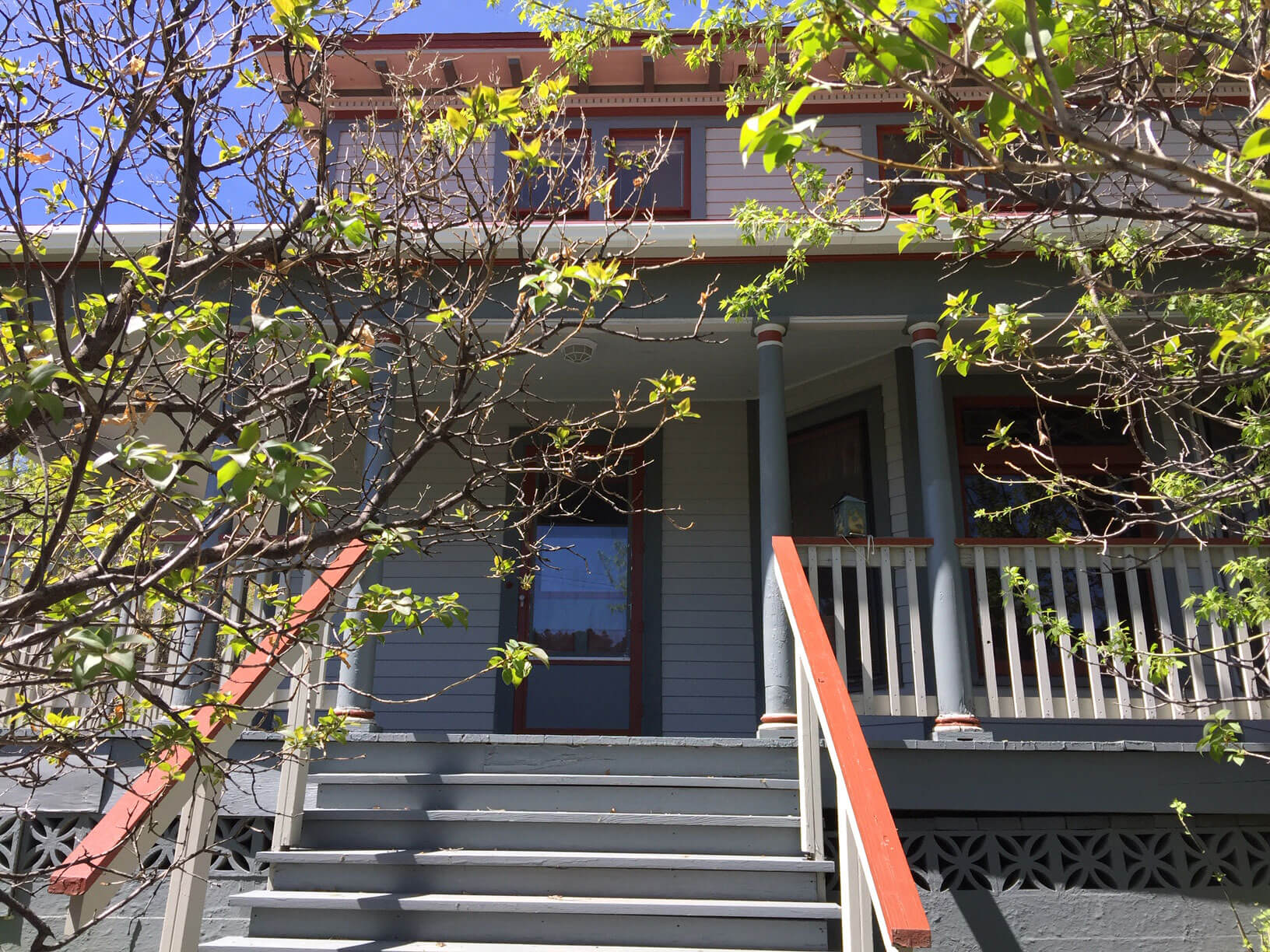 Michael Runge is Chief Archivist for Deadwood Historic Preservation. Mike was nice enough to spend a considerable amount of his time to provide some historical background on 403 Bleeker from the county archives.

The next plat map from around 1910 shows the house and cistern but not the wooden shed.

On a plat map from a couple of decades later all three structures are present again.

This begs the question: Was the wooden shed) taken down and then rebuilt? Or, did someone forget to include it at one time? A case can be made that the current structure dates to around the time the home was built in 1894? It certainly looks like it could be that old. The current owner (King) restored and reroofed the shed in 2013. It had wood plank ceiling covered with tar paper, plank floor with a partial interior dividing wall and a privy in the southwest corner. The recent plywood floor is easily removable if a digger wants to unearth rubbish from 120± years ago. 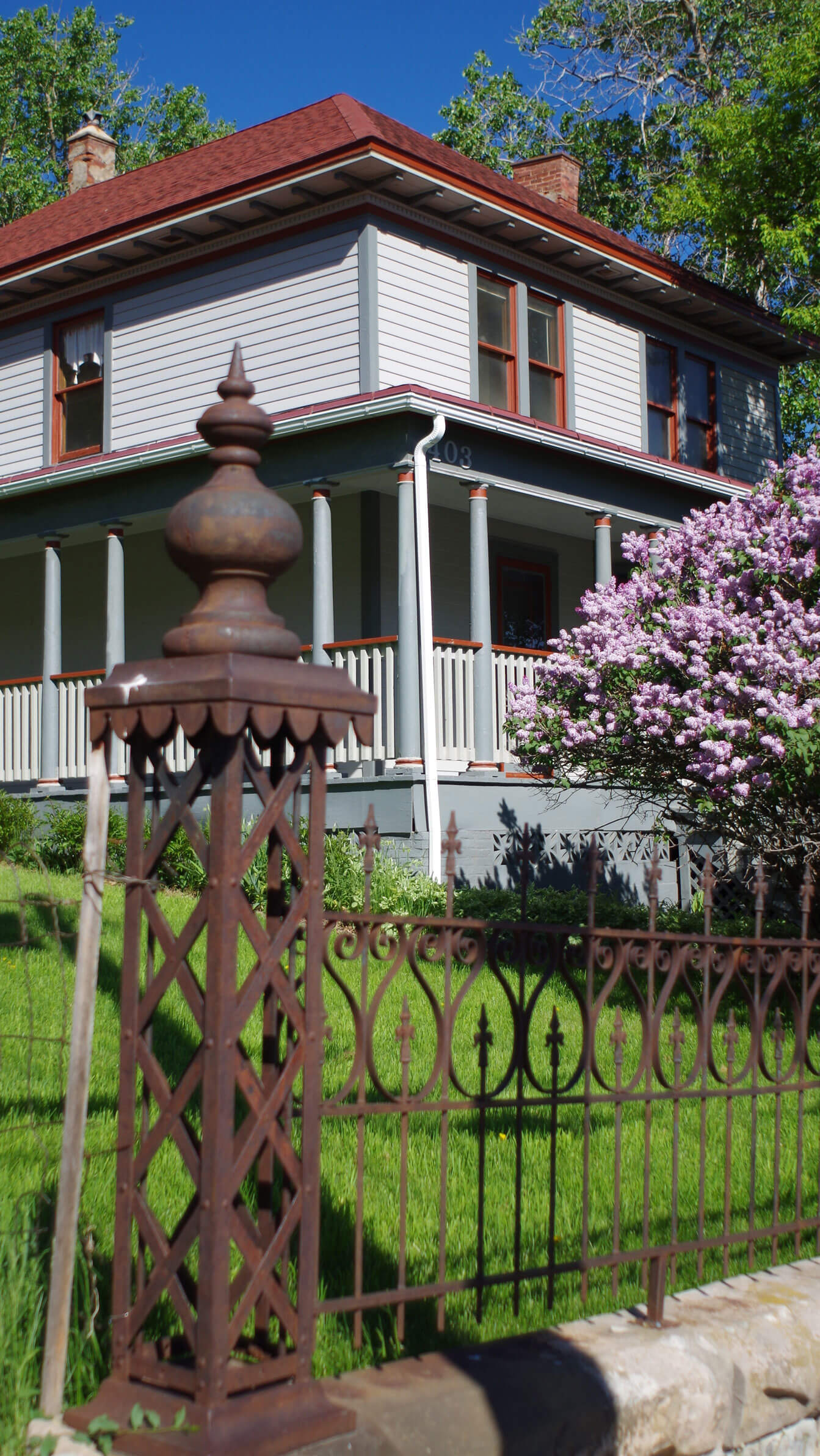 John Spargo had the house built sometime in 1894. Wife Lizzie Spargo passed in 1938 and John died in 1941. A daughter (Helen Mae) was willed the home in 1942 and continued to live in the house after John’s death until her death some years later.

Joanne Lewis rented the house with her husband for several years prior to its sale to the Chuck King, the current owner. Joanne was very much interested in the history of the house and was kind enough to provide much of the following information.

John Spargo worked for the Corliss Engine company where he learned heavy manufacturing and metalworking before first accepting a job at a Silver Inlet Mining and then Homestake Mining Company in Lead around 1878.

By 1888 John Spargo had been promoted to Chief Mechanic for Homestake and was a close associate of then Homestake President George Hearst. John Spargo’s employer, Homestake, had two things that Spargo used to his advantage when building his home on Bleeker. Homestake had an ongoing need for construction metal and steel. Homestake also had an abundance of wood and timber that it used for their mining operations.

Spargo was reported to have arranged for the import, and use, of steel back East by Homestake in exchange for the materials to build his house on Bleeker Street. Most, if not all, of the casework, flooring, and elaborate wood detailing present in the house came from Homestake. Homestake labor and craftsmen were also engaged for the construction of 403 Bleeker.

While impossible to prove, it’s obvious that the wood flooring in the house today is of very high quality and dates to the period in question. The lack of shrinkage in all the woodwork suggests that the wood used in construction was seasoned and that highly skilled wood craftsmen did the milling and subsequent construction.

The ornate metal fencing around two sides of the house also dates to the period and one can imagine that Spargo arranged for its installation through the contacts he had developed over the years in metal fabrication and manufacturing. When the current owner bought the house the fence and retaining wall were in disrepair. During reconstruction it was determined that a portion of the fencing had been transferred to the entity restoring the Adam’s House in Deadwood where it remains today.

The cistern that sits outside and between the house and garage/office would seem to also date to the late 1890’s and is unusual in its heavy construction and size. Very unlike what one would expect to find on a residential property.

In the house there remains curtain segments that are from the Victorian age. Mrs. Spargo supposedly obtained them from the Homestake Opera House in downtown Lead. A bill of sale from the Pam’s Purple Door auction 40 years ago found in the Deadwood Museum reports red velvet draperies that are reported by a prior owner’s son to be the ones from the house. The current owner donated the Haines Brothers coffin baby grand piano dated 1876 to Homestake Opera House in 2016 which is in the Arts Center Main Street window.

The readily obtainable data about that section of Lead suggests that Bleeker Street was on of the first four streets designated as such in the original town of Lead in 1878. Where the house sits today was originally two lots of 50X100. Sometime in the intervening years they were combined so that the lot now is a larger than normal (for Lead) 100X100.

At the time the city was formalizing its layout and structure (late 1880’s and 90’s) there was a very different land use in existence. Several small mining claims were within a few blocks of where the house sits today and there was a boarding house where the house is today. Over the years many things have changed around 403 Bleeker but the house built by the chief mechanic of Homestake in 1894 remains largely unchanged in 2020. 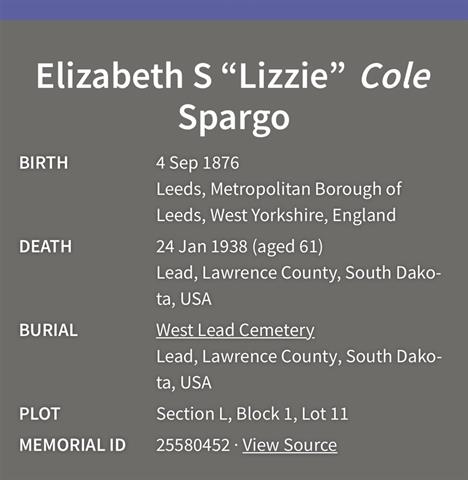